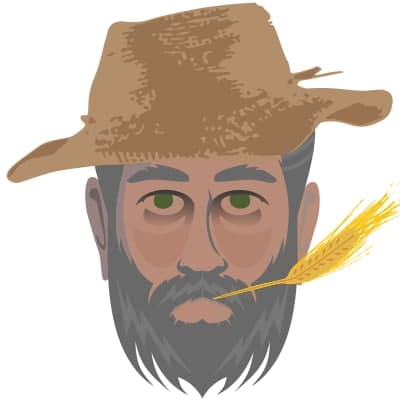 Ol'Musky is a community token where holding tokens and getting involved in the community will get you a rewards in BNB.

⚠* Do Your Own Research. Investing in crypto assets is always risky. Not investment advice.
This is a full holistic audit. We evaluate the safety of the code, the tokenomics, the wallet distribution and the potential of the token, its originality and marketing strategy.

There are two things that are very unique with this token. One thing is that the parts of the slippage converts to BNB, and the other part is that there are shitloads of mechanisms that incentivizes holders to grow the community. A part of the slippage converts to BNB that goes to the community wallet, which is used to incentivize people for inviting friends, shill and do posts on social media. Being a good community member is also rewarded since you increase your farm score by posting stuff in the TG that the community likes. Typical proof of work demands that you can afford buying expensive hardware, and proof of stake demands that you have enough money to buy and stake tokens to an extent where you get decent returns. The proof of work system provided by Ol’ Musky is very democratic and you don’t need to be rich to participate and get decent returns. I believe this can be a huge opportunity for many people to earn decent money – by doing works that grows the community and by doing so, the price of the token.

every transaction, they will take 8%

2% automatically converted into BNB and sent to the community payroll wallet - This is how they have enough budget ready for community rewards while assuring no massive price dumping when rewards are collected.

Here is an explanation of there POW system:

The combination of marketing expertise and development power brings the very first automated community growth participation mechanism. Community-Growth-Amplifier Members can bring new members into our telegram group and will be rewarded for every for getting involved.

There will be unique AMAs with live quiz where people can earn rewards for participating and doing their part to make the asses grow. Weekly Present your dedication-Contest Additionally, there is a weekly reward for the highest-rated social media posts referencing our good Ol’ Musky Token. All submissions will be made through our handcrafted telegram bot and will be pushed to our custom server application.

The specific rules can be found on our website https://olmuskytoken.com/#rules Our rewards will not only increase community involvement but ensures community growth by regularly having members promote our good Ol’ Musky Token and be rewarded for it in BNB

The code is safe and well written. In this section, we focus on the things that stands out from the ordinary, and explain them in a way that is comprehensible.

What stands out in this contract is located in swapAndLiquify()‍

Sends BNBs from the Ol' Musky Contract to the specified community and marketing/operations wallet.

Both wallets can be specified by the owner and thats very important because should the community or marketing wallet get hacked at any point in time we need to be able to change it or the project would not be in our control anymore. Of course both wallets can be read through the contract at any time and there will be an announcement for each outgoing transaction in the telegram group especially concerning community BNB rewards.

There is also another, to most people unknown function handleExternalRequest()

This function never gets called through the contract, it is nothing but a "failsafe" concerning any possible highjacking of the contract memory itself. This function is public and can be called from anybody, it returns two unchangeable units unsetable stored in the contract.

Other new / uncommon functions or variables:

balanceOfclone() -> returns the balance of the contract

35 % of it goes to the pancakeswap supply

5 % of it goes to development and marketing

5 % of it goes to strategic partnerships and airdrops

Worth mentioning in this case, since the token haven’t launched during the time this audit is written, is that they have a very low price difference between presale price and pancakeswap listing price.

There is 8-9 % slippage at pcs, which it isn’t at pcs listing – so bot wont buy this presale, cause there is no money to be made in buying presale and selling at listing. Nobody are incentivized to sell at listing.

This token is all about marketing. Incentivizing community efforts related to spreading the word and making the community grow. It’s the first MLM(multi level marketing) token that we are aware of. If I invite you to buy, and you invite 5 friends to buy, and those 5 friends invites 50 friends. I get a reward for all those buys. This have huge potential. After all, most successful tokens are successful due to their community efforts, and the key thing to succeed is to make the community engaged. Community engagement are built into the very foundation of this token.

From the marketing perspective, this token looks really promising to say the least.

The devs of this project are doxxed to us and we also know them since they all were early investors in Rug Busters that for a long time have shared our vision of a safer and more honest de fi space.